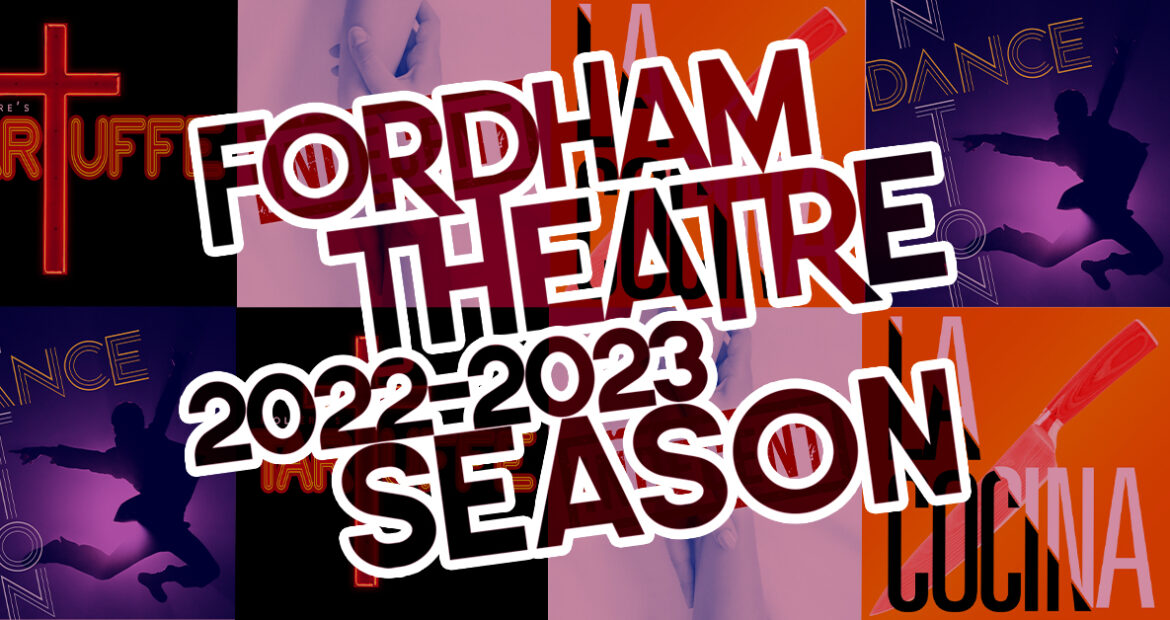 Our four shows this season celebrate the joy, creative risk, and empowerment through art and community – values that reflect the Theatre Program itself. In Clare Barron’s Pulitzer Prize nominated DANCE NATION, young artists use dance to unleash their power and discover their truth as they hurtle toward adulthood. Moliere’s 17th-century French comedy TARTUFFE, revolutionary both then and now, tests the boundaries of marital, religious, and familial institutions as it pits a family against its eponymous antagonist. Paula Vogel’s 2015 Tony Award-nominated play INDECENT follows a community of actors as they overcome anti-Semitism, homophobia, and censorship through the power of theater. Finally, in LA COCINA, by Interim Head of Playwriting Concentration Tony Meneses, we celebrate the families we find ourselves in, where the kitchen staff of a restaurant fight against the machine and share their dreams of better lives. The plays in our 2022-23 season break open genre and expand the boundaries of what we think of theatre. These plays reinforce that the training and education Fordham Theatre’s students participate in is one of the most daring in the country. Not only because of our dedication to plays that examine the most important issues of our time, but also because our season reflects our belief that theatre is more than just entertainment. It is a vehicle for examining our souls and bettering humanity. We can’t wait to share our work with you.

RSVP at fclcboxoffice@gmail.com or purchase with cash at the door.
$15 General | $10 Faculty/Staff/Alumni | $5 Students 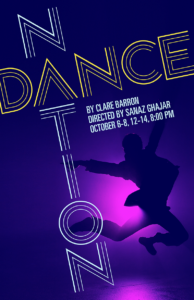 Somewhere in America, an army of pre-teen competitive dancers plots to take over the world. And if their new routine is good enough, they’ll claw their way to the top at the Boogie Down Grand Prix in Tampa Bay. But in Clare Barron’s raucous pageant of ambition and ferocity, these young dancers have more than choreography on their minds, because every plié and jeté is a step toward finding themselves, and a fight to unleash their power. 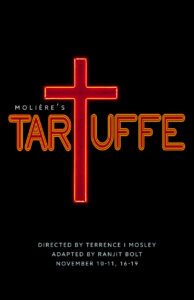 Prosperous and powerful Orgon is in search of something real. He finds grounding in a religious charlatan named Tartuffe. While Orgon believes Tartuffe is there to help him, those closest to him see an opportunist looking to suck the house dry. The tension caused by Tartuffe’s influence over Orgon threatens to ruin the family publicly and privately. Will the household be able to rid themselves of Tartuffe? This controversial piece explores what happens when delusion drives our actions. 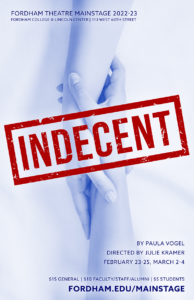 INDECENT, by Pulitzer Prize winner Paula Vogel, was inspired by the true story of the controversial 1923 Broadway debut of Sholem Asch’s God of Vengeance. Set at a time when waves of immigrants were changing the face of America, this play with music is a riveting look at an explosive moment in theatrical history. 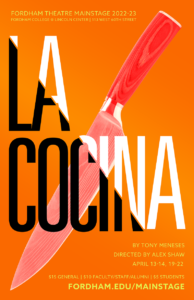 An adaptation of The Kitchen by Arnold Wesker, LA COCINA looks at the back of house of a modern day NYC restaurant kitchen as cooks and waitstaff juggle orders, dishes, and their own dreams of a better life.