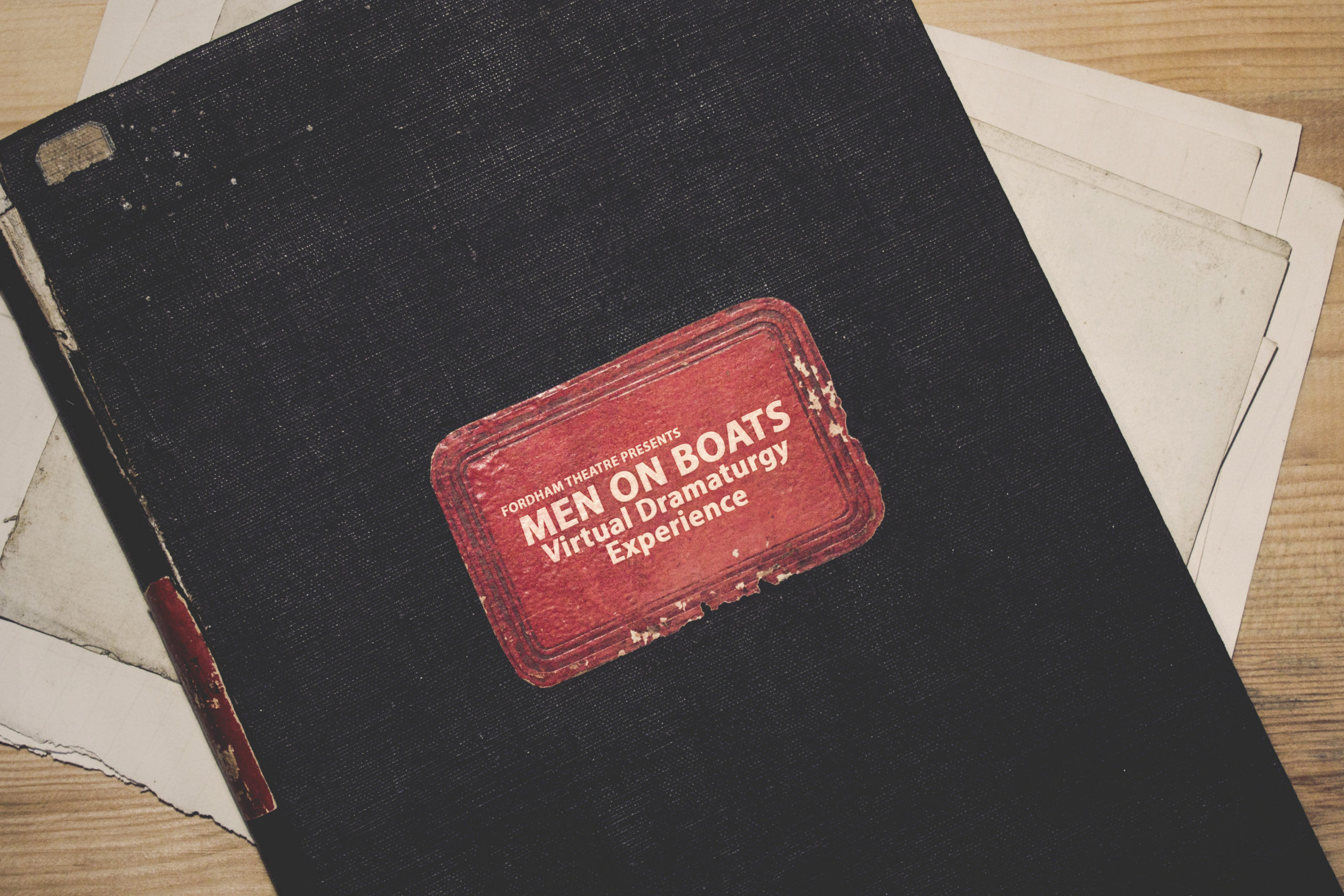 Powell: His Life and Journal
Daily Life of the Expedition
The Expanding Frontier
The Ute Tribe
Case Study: Untold Stories
About the Playwright
Behind the Scenes: Making Virtual Theatre 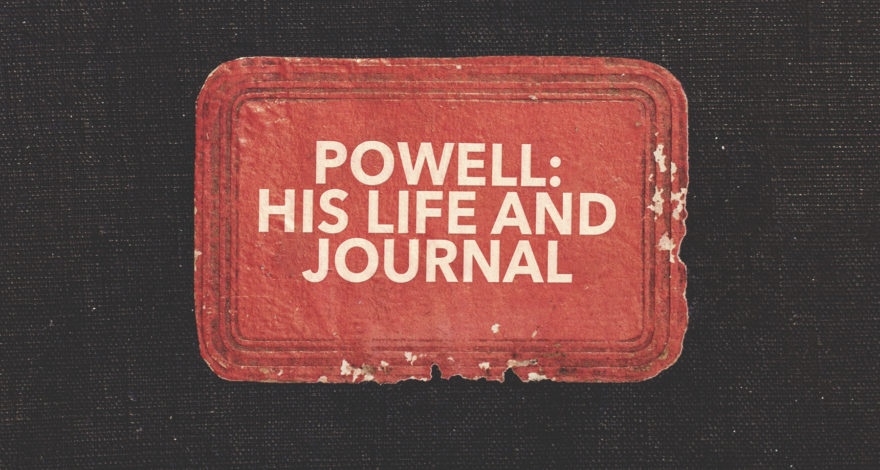 Men on Boats is a dramatic interpretation of The Exploration of the Colorado River and Its Canyons, a journal that John Wesley Powell wrote in 1895 detailing his experience of traveling the Green and Colorado Rivers in 1869. Powell was the leader of this expedition, and he credits himself with both developing the exploration idea and assembling his team of crewmembers.

Who Was John Wesley Powell? 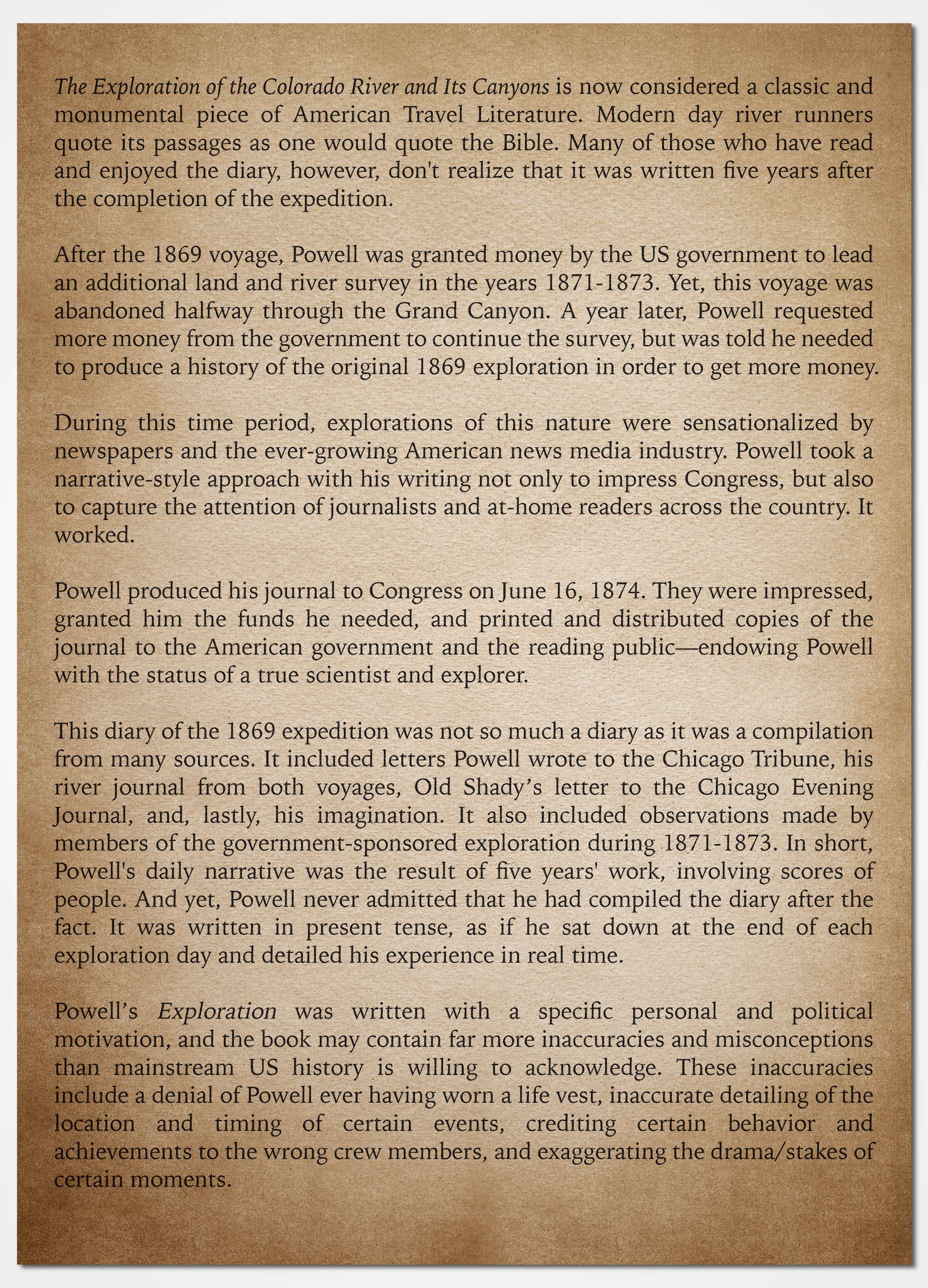 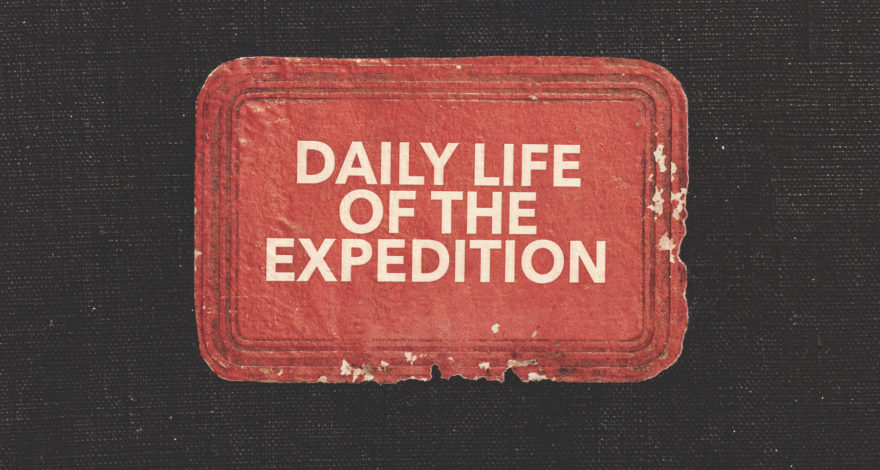 All crew members were expected to participate in hunting, trapping, and gathering food (but Dunn, the Howlands, and Sumner would do this the most). For further information on 19th century hunting and trapping techniques on the western frontier, click here. 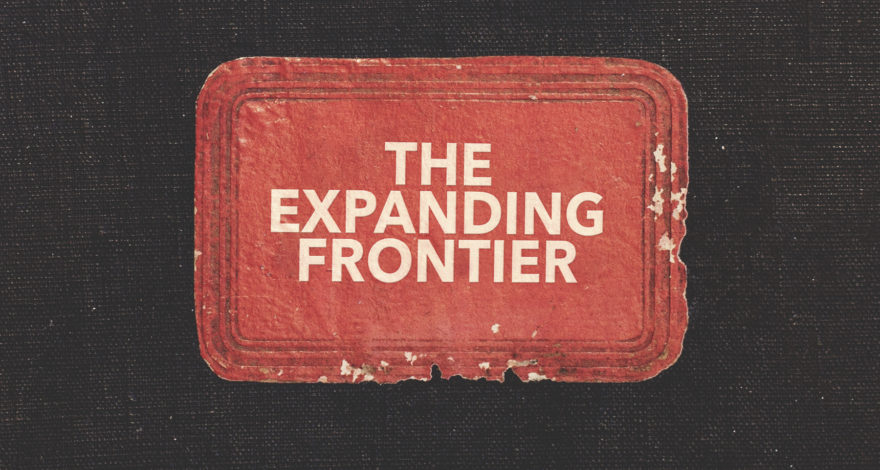 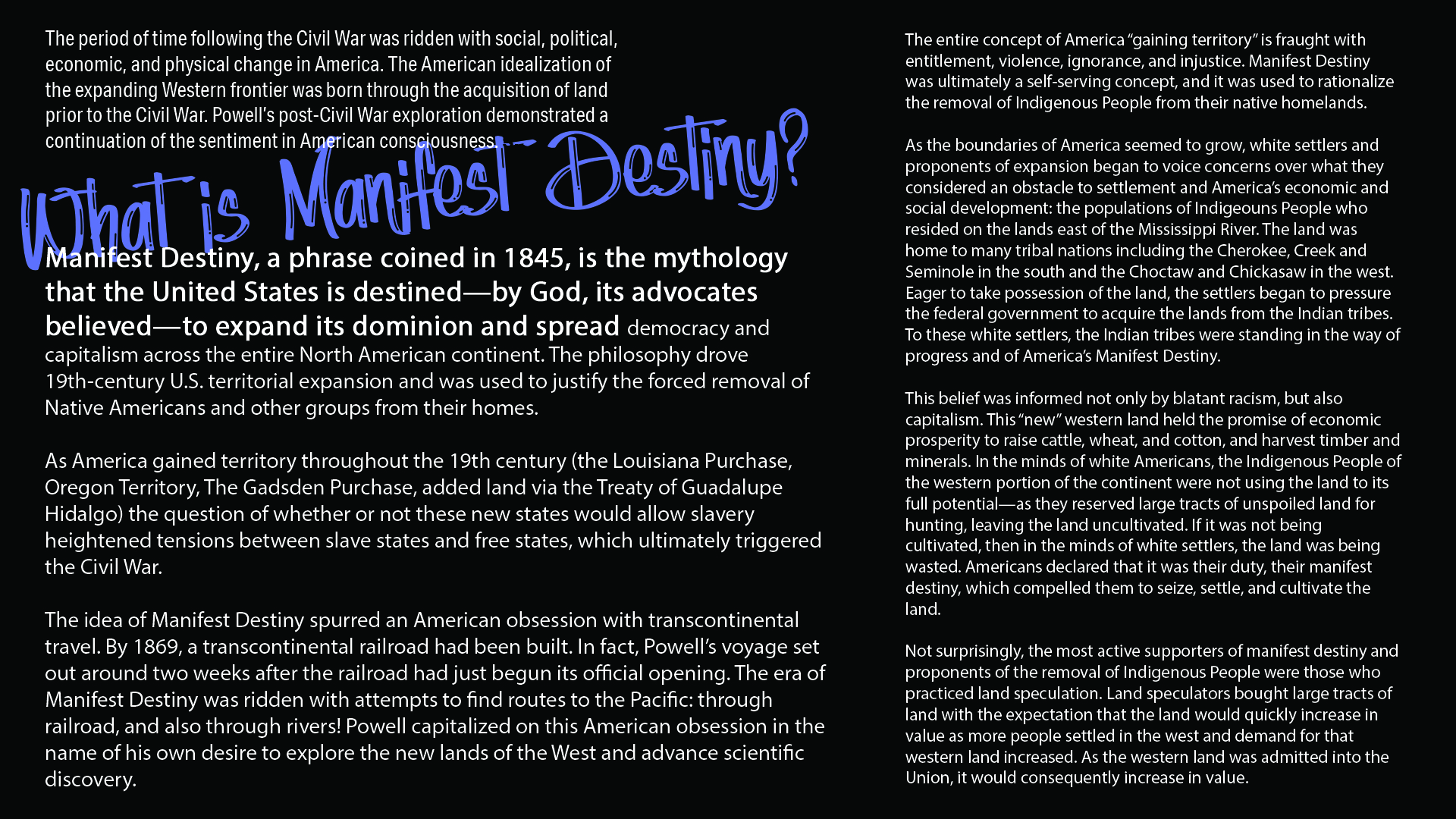 The Removal of Indigenous People

“The removal of the tribes from the territory which they now inhabit . . . would not only shield them from impending ruin, but promote their welfare and happiness. Experience has clearly demonstrated that in their present state it is impossible to incorporate them in such masses, in any form whatever, into our system. It has also been demonstrated with equal certainty that without a timely anticipation of a provision against the dangers to which they are exposed, under causes which it will be difficult, if not impossible to control, their degradation and extermination will be inevitable.” 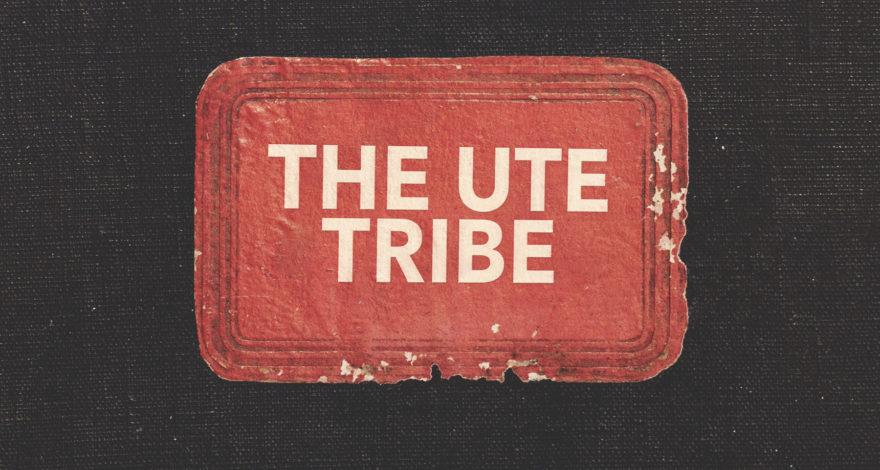 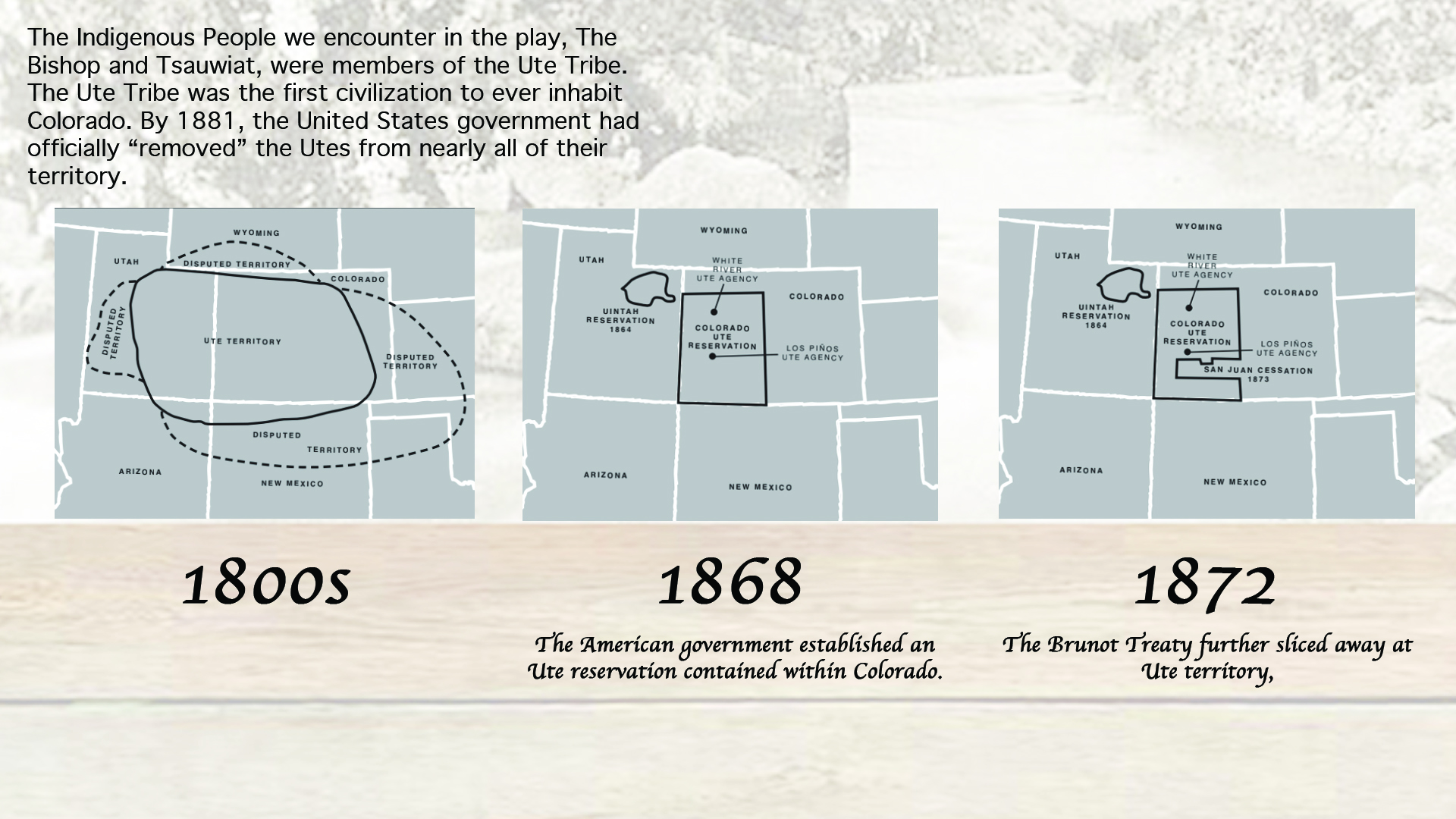 Click here to see a video of Ute Tribe members in the University of Utah’s football halftime performance! 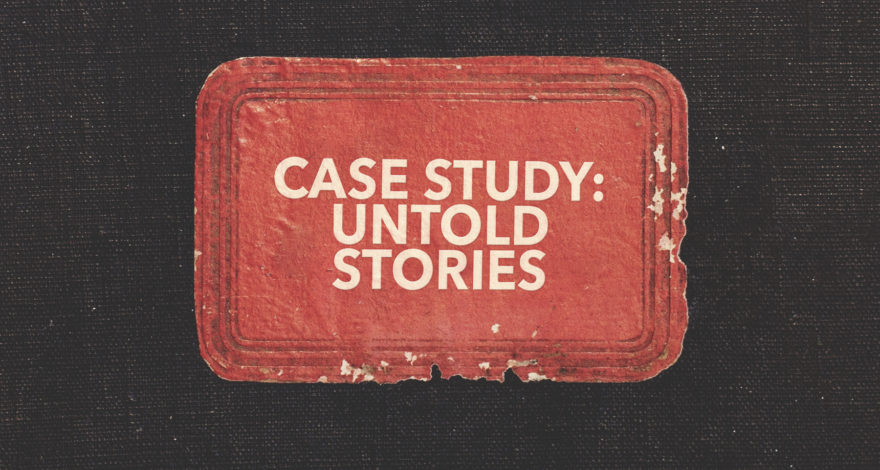 Anne Bailey, or “Mad Anne,” was a frontier scout of the Revolutionary War. In 1791, Fort Lee soldiers noticed that they were significantly lacking gunpowder when they received word that Native Americans were preparing their assault on Fort Lee. Recognizing that their dwindling supplies would prove to be an insurmountable obstacle, Bailey rode to Lewisburg, gathered as much gunpowder as her horse could carry, and galloped back as fast as she could. The round trip was 200 miles long. What’s more, it was written of in a 23-stanza poem by Charles Robb, entitled “Anne Bailey’s Ride.” Click here to read the poem!

Calamity Jane was a gun-slinging woman of the wild west who rejected every aspect of traditional prairie wife expectations. She was orphaned at the age of 12 and was desperate to make a living for herself by any means necessary. Her full name is Martha Jane Cannary, but she took on the moniker when she became the head of her family. Life was not easy for her, especially as an illiterate, impoverished woman, and it is suspected that sometime in her teenage years she turned to prostitution. It was during these especially difficult years that she realized that life suddenly became easier if you presented yourself as a man and took on male characteristics. Her infamous “cowgirl” persona began to grow when she wound up in the lawless town of Deadwood, South Dakota where she mingled with some of the most notorious criminals of the era. It is also where her life’s hardships began to catch up and she became known for her hard drinking. It is difficult to tell what is myth and what is truth surrounding Calamity Jane, although it is generally believed that she once rode a bull down the center of a busy town street! For however many garishly fictional stories she is mentioned in, she is also noted as being a kind woman who extended help to the underprivileged. She attended several expositions and even peddled her mostly fraudulent autobiography out. By the end of her life, she had tired of her wild persona and she was debilitated by the crippling effects of alcoholism. She died in the year 1903 at the age of 51.

Harry Allen was one of the first widely-known trans men on the American frontier. He was born in 1882. He was a sensation in the newspapers of the Pacific Northwest and, he was famously arrested for dressing in men’s clothing.

Rabbit and Hail-Storm were two male members of the Sioux tribe, who had one of the first queer relationships written about by frontier explorers. Frances Parkman, an American historian who toured the Oregon Trail in 1846, recorded in his famous narrative a “romantic” friendship between the two male Sioux. This was one of the first rare allusions to male-male intimacy in American popular literature not involving cross-dressing; Parkman’s own descriptions of Hail-Storm, in fact, stress his sensual beauty. Hail-Storm was about sixteen years old when Parkman encountered him, and he wrote of him,

“… His light, graceful figure reclining on the ground in an easy attitude, while with his friend the Rabbit, who sat by his side, he was making an abundant meal from a wooden bowl of wasna, which the squaw had placed between them… No doubt the boy’s heart was elated with triumph, but he betrayed no sign of it. He even seemed totally unconscious of our approach, and his handsome face had all the tranquillity of Indian self-control, a self-control which prevents the exhibition of emotion without restraining the emotion itself. It was about two months since I had known the Hail-Storm, and within that time, his character had remarkably developed. When I first saw him he was just emerging from the habits and feelings of the boy into the ambition of the hunter and warrior… As I first remembered him he always shunned the society of the young squaws, and was extremely bashful and sheepish in their presence; but now, in the confidence of his new reputation he began to assume the air and arts of a man of gallantry. He wore his red blanket dashingly over his left shoulder, painted his cheeks every day with vermilion, and hung pendants of shells in his ears…”

Parkman also noted Rabbit in his writings, when he added,

“Neither should the Hail-Storm’s friend the Rabbit, be passed by without notice. The Hail-Storm and he were inseparable; they ate, slept, and hunted together, and shared with one another almost all that they possessed. If there be anything that deserves to be called romantic in the Indian character, it is to be sought for in friendships such as this, which are common among many of the prairie tribes.”

Susan Shelby Magoffin was an American diarist who, as an 18-year-old in 1846, was one of the first women to detail her personal experiences of the Santa Fe Trail. Having married a trader the year before, she and her husband travelled into Mexico through the Santa Fe Trail. Magoffin’s entries were filled with observations regarding important interactions with Indigenous people and Mexicans occupying the lands across which they travelled, wildlife, and various terrains, as well as her personal highs and lows. Although she was able to afford carriage travel alongside

servants and a personal maid (on account of her being born into a wealthy Kentucky family) it soon became clear that her journey would be fraught with unforeseen physically and mentally exhausting hurdles, including a miscarriage and serveral pregnancies. Discomfort at its peak, she writes, “I do think a woman emberaso [pregnant] has a hard time of it, some sickness all the time, heartburn, headache, cramps, etc, after all this thing of marrying is not what it is cracked up to be.” In July of 1847, Magoffin came down with yellow fever. Two months later, on September 8th, she wrote her final entry. After having returned to Kentucky and subsequently moved to Missouri with her husband, Magoffin passed away in 1855 at the age of 28. 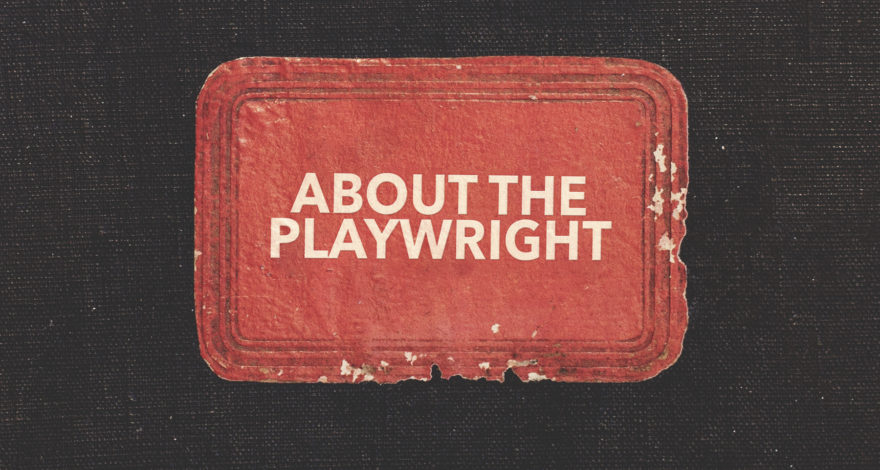 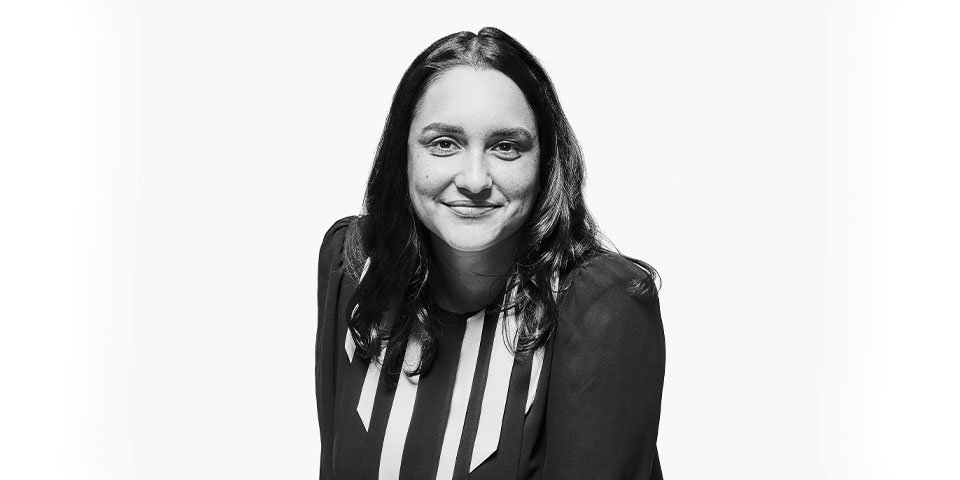 Jaclyn Backhaus is a playwright, educator, and co-founder of Fresh Ground Pepper theatre festival. Her work includes Men On Boats, India Pale Ale, You Across From Me, Folk Wandering, and You On the Moors Now. She was the 2016 Tow Foundation Playwright-in-Residence at Clubbed Thumb, and she is the recipient of the Jody Falco and Jeffrey Steinman Commission for Emerging Playwrights from Playwrights Horizons. She has also received the Ars Nova commission for Bull’s Hollow. Backhaus holds a BFA in Drama from NYU Tisch. She grew up in Phoenix, Arizona, but currently lives in Queens, New York. She is of Punjabi, German, and botanical descent. 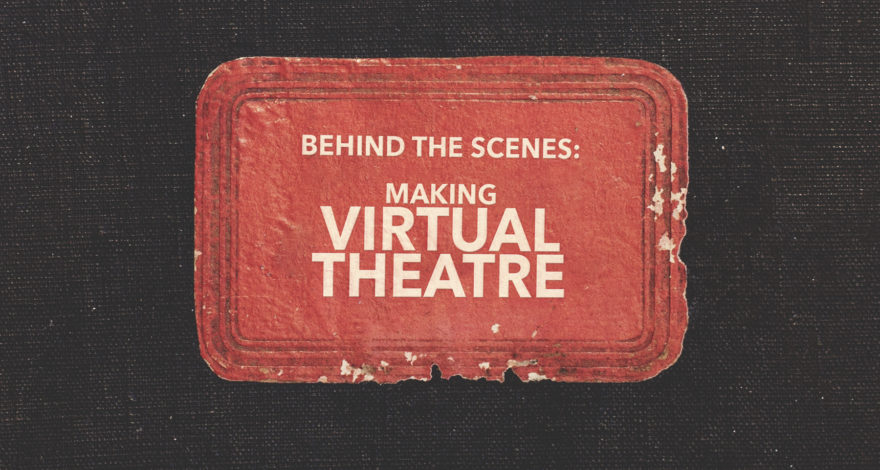