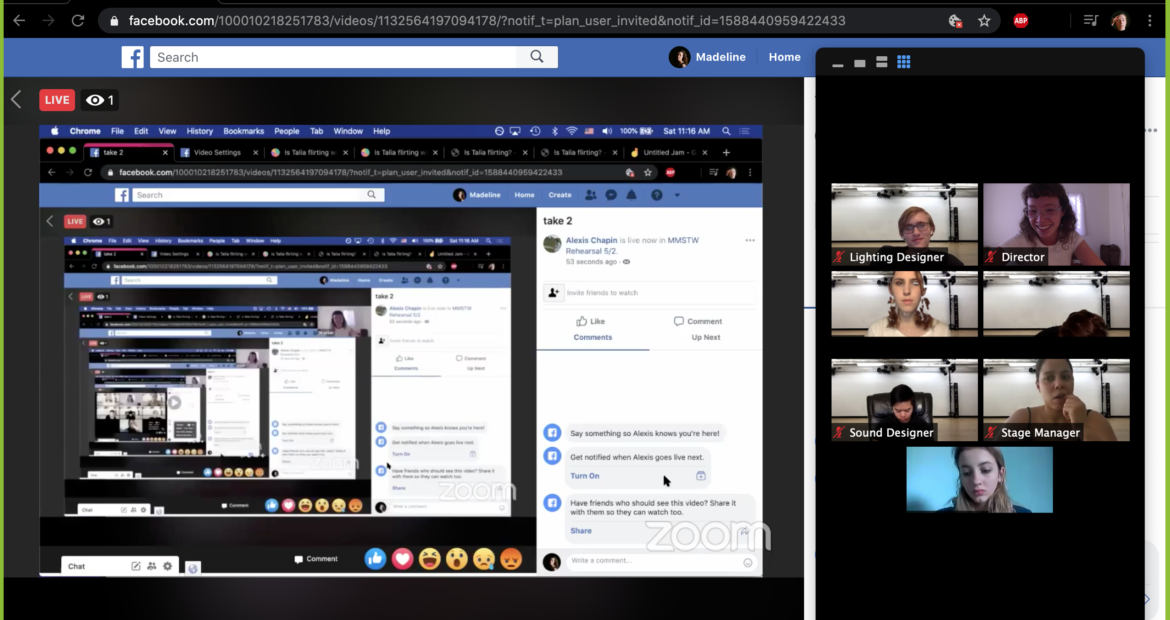 Embracing a New Normal: How I Took My Play Online

This blog post was written by Alexis Chapin, Playwriting Class of 2021.

I’m sure this is not news to anyone, but Fordham University, like many colleges around the globe, has been closed indefinitely due to COVID-19 since March 9th. My play, Madeline May Saves the World, was set to open on March 11th. This is a make-your-own adventure play that I have been working on for over a year, and our cast and crew has been working on for several months. Instead of waiting for things to return to normal, we are embracing the “new normal” and embarking on an online performance adventure.

This show began as an experiment, so it has taken the adaptation from in-person to online quite well. I loved flipping through create-your-own adventure books as a kid, and as an avid fan of Netflix’s Black Mirror, I thought that their branching narrative movie Bandersnatch was super cool. Originally, I was curious to see how this would translate to a live theatre format.

Also, I’ve always been concerned about climate change, and I wanted to create a story that holds people accountable. We are constantly bombarded with information about how we need to change our way of life in order to save the planet, and whether you believe in climate change or not, this information is so overwhelming that most people tune it out in order to cope. We might see a movie or read an article that tells us, “Time is running out, so act now!”, but how many of them ask us to influence the narrative? It may feel now that life is especially hopeless, but I hope this show empowers people to feel like they can change the story, in the play and in reality.

As soon as the University reopens, the program will give us the opportunity to remount the show. Our set, lights, and costumes are all sitting in the White Box Theaer, patiently waiting for it to be safe enough to conduct live performances. In the meantime, we thought that it would be interesting to experiment with an online performance. A live reading wouldn’t encapsulate all of the work that’s already been done to the show, and I am one who likes to make things challenging and exciting. Luckily, I have an amazing cast and crew who were willing to take the story and give it a new life. We created an interactive movie with some live components. We filmed the biggest chunks of the story on Zoom by using their recording capabilities. This required hours of meetings between our director Madeline Barasch, our stage manager, Coriselle Martinez-Almodovar, and myself to discover what features and obstacles Zoom possesses. We then met with our cast and design team, and figured out how their original designs could be boiled down to fit into a small Zoom window. Our cast was able to find costumes in their homes, print out props, download songs and virtual backgrounds, and find the best place to record for optimal lighting settings. The recording process felt like another production week, which this poor team has already been through, but I think the process is worth it. 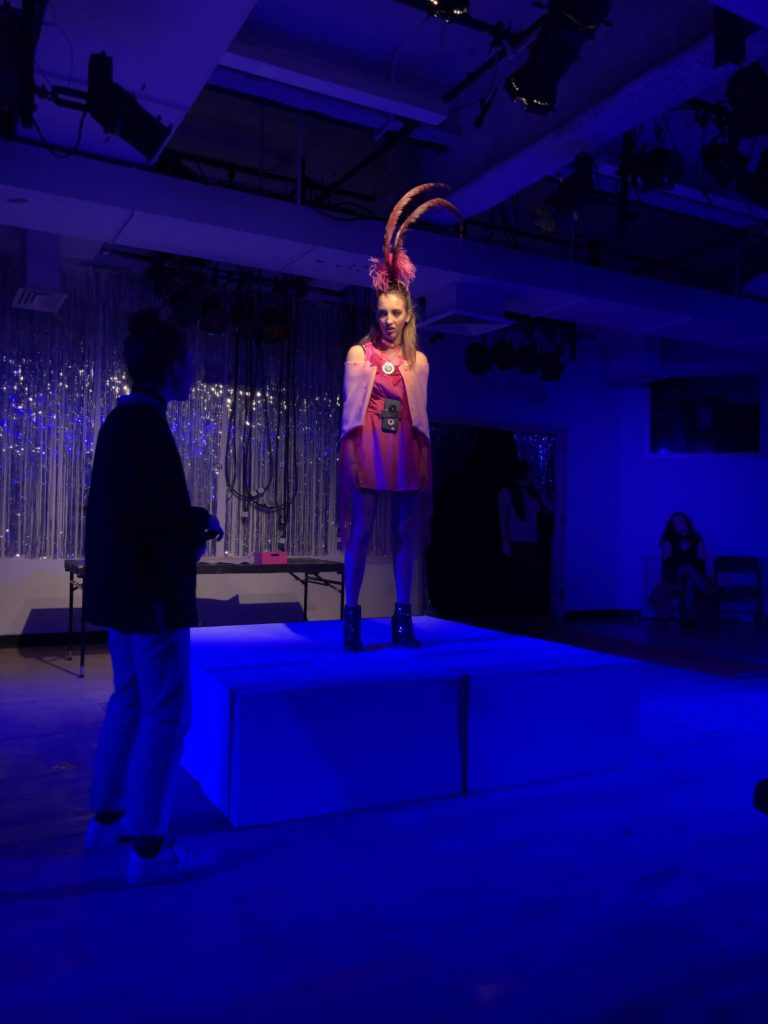 We have invited an audience to watch a livestream of our recordings, and during the intersections of the play, our cast will appear live to ask you to vote for which path you want to follow. You can cast your vote in a virtual poll, and the story will continue based on what the audience decides. I wanted to craft a theatrical experience where the audience feels like they have a choice in a world where it often feels like we don’t. None of us expected that it would be dangerous to congregate in-person for these theatrical experiences, but I hope that the audience will still feel a sense of togetherness by helping us to create this adventure.

Madeline May Saves the World, written by Alexis Chapin, can be streamed here.